I decided to do something a little different with this review of tb 500.

As you probably know I usually just review supplements on this site. But I’ve been dealing with a shoulder injury that’s been bothering me for a long time now and I’ve been trying to find something that will help me heal it up once and for all. That’s when I first came across tb 500.

I’ve had this bad shoulder for about 8 months now. Left shoulder, rotator cuff. It came on pretty gradually, wasn’t a sudden injury. But I started noticing pain more and more when I’d be doing any sort of overhead presses or dips especially.

Took some time off from resistance exercise for a solid 6 weeks back in June but didn’t seem to help as much as I’d hoped, since now it’s back as bad as it ever was.

I went to my doc and he said no obvious tears or sprains, just recommended I stay off of it for a while. That’s when I did the 6 weeks off, just did a lot of running, biking. Can’t climb or swim either since that seems to aggravate it as well.

Needless to say taking so much time off sucks and I was getting bored out of my mind. Unfortunately when I came back, it started up again. I know I should probably just take more time off but I get way too bored with just running all the time.

Anyway, I tried a bunch of supplements to help with recovery for this but none of them seem to make a difference. Obviously been having my usual protein supplement (ON Whey protein) postworkout but I can tell it needs an extra kick.

Like I said no other supplement really did anything for this. I’m not here to badmouth any companies so I’m not gonna name specifics. But I could tell I definitely needed something to help heal this up.

So I did some research and came across tb 500. It was a little confusing at first trying to figure out what it was. It’s not a supplement for sale at GNC or any store like that. It’s not a drug either or anabolic steroid. Not that I have anything against steroids or anything necessarily but they’re not for me.

Anyway I found that tb500 is a peptide, which is basically just a small protein made up of amino acids. Its modeled after a protein in your body that helps you heal called thymosin beta4. Basically it just mimics the effects of the natural protein in your body. Here’s a paper that talks about the studies and effects in animals.

A lot of peptides recently have been studied for drug development for pharmaceutical companies for different things. Apparently they discovered that tb 500 helped healing a lot so they did a bunch of studies on animals to test it out. There are studies finding that it helped heal muscle, bone, tendons and joints much quicker, even that it made hair grow.

Also there are a lot of tb 500 reviews on forums and other blogs, and with mostly good feedback too. No one seemed to be complaining about any side effects either. That’s what mainly led to me deciding to just give it a try.

I should mention here that in order to take tb 500 you need to inject it, you can’t take it by mouth. I can see how that would turn some people off and I’m not here to recommend people do anything that they’re not comfortable with.

This is just my experience. I’ve never really been really afraid of needles, plus my mom was a nurse, so that wasn’t a big deal for me. On to the review.

Most of what I read from other people taking it is that it usually seemed to take about 4-6 weeks for it to do the job. Since I usually do a 30 day review of supplements anyway, I decided to give this the same treatment.

First off, I needed to actually buy the stuff. There are a ton of websites selling tb 500 online, but some of them looked a little cheesy or shady to me. Again not here to badmouth anyone so I won’t name names. If you’re looking to buy this stuff, I would just recommend doing some due diligence. 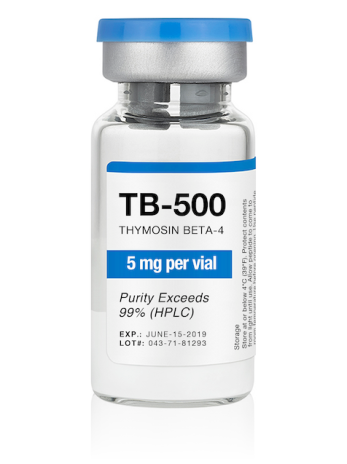 In the end I ended up ordering from this website. One of my gym buddies had ordered from there in the past and had good results, plus their company looked professional from their site, so I went with them.

Also they have an example tb 500 cycle recommended on their website that is 12 weeks. For me since I wanted to keep it to 30 days, I decided to buy enough to just do the first 5 weeks of their example cycle and then take it from there. Here is a pic of their cycle from their website:

So I ordered 6 5mg vials to cover the first 5 weeks.

After placing my order I got it in 2 days, which I was really happy with. Most supplement companies don’t even ship that fast. Packaging was super professional and vials looked good as well. 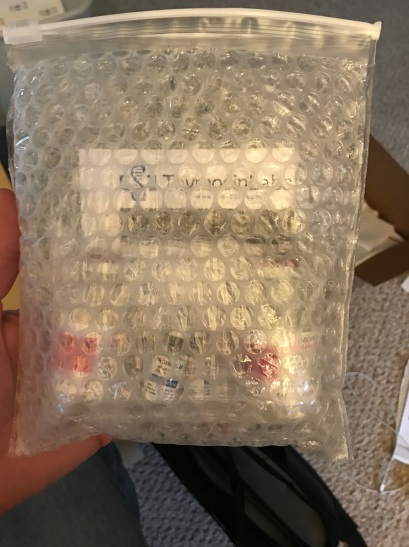 I also bought some sterile water to mix it with. In case you don’t know, you have to mix peptides with water in order to be able to take it. You can just google how to do it if you decide to go this route. There are a few YouTube videos also:

My Week by Week TB 500 Results

I decided to take it right away. I got it on a Tuesday, so I decided to dose twice a week, every Tuesday and Friday. I injected it into the outer delt muscle.

First dose of 5mg went off without a hitch (I have seen friends use peptides before so had an idea what I was doing). I didn’t feel weird or get any noticeable effects after injecting which I was a little worried about. So far so good.

While doing the 30 day cycle I decided to compromise and do a little bit of shoulder weights to see if any progress came of this review. I kept it to about 75% of max effort. By the second week, noticed maybe a little bit of pain reduction and range of motion improvement. Didn’t want to get my hopes up too high yet though.

By week 3 though continued to notice improvements. My shoulder felt a lot stronger and steady on overhead presses, plus just circling my shoulder isometrically felt much better. My flexibility on presses was improving a lot too. At this point I’m feeling the tb 500 results in progress. 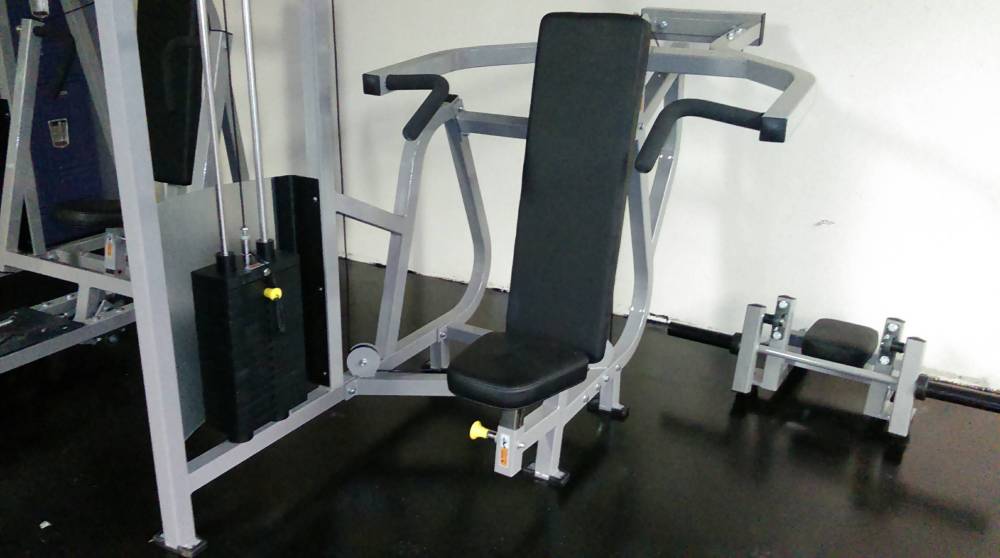 Week 4 basically eliminated any doubts I might have had still. Pain was almost gone by now on almost every shoulder movement except dips. And even on dips I felt that pain was probably 85% reduced at least.

What I didn’t really expect but was great was the flexibility improvement. I noticed it in presses (shoulder and chest press) at the gym but also tried swimming freestyle at a modest pace and my shoulder felt fantastic here too.

By the end of week 5 I was basically back to my pre-injury state with my shoulder. 99% of pain was gone in all movements – weights, range of motion, flexibility were all feeling great. No question that this experience was a total success for me.

I’m leaving off my tb 500 review here since it’s the end of my 30 day period, but I plan on ordering a little more and continuing to take a lower dose for another few weeks just to make sure everything heals up 100%. All in all though couldn’t be happier.

My Own Recommendations for Peptides

As I said before, peptides aren’t for everyone since they have to be injected. I can definitely understand how some people would get turned off by that. For me though it wasn’t a big deal, and the results I got from my tb500 review were fantastic.

Also be sure to remember once you mix peptides with water you have to either use it all right away or put it in the fridge. With the cycle I did I was using a full vial each injection for the first week, but then when I went down to half a vial per injection the second week I forgot to put it in the fridge the first time and I ended up having to toss it.

At the end of the day I’m very happy with my tb 500 results and definitely feel that I made the right decision. For anyone out there thinking about trying it, I would just recommend to do a lot of research and educate yourself about peptides, injecting, etc. before diving in.