There’s no doubt that there are a ton of fat burners on the market.

They seemed to explode in popularity around 10-15 years ago, and now every time you walk into a GNC or supplement store you’re almost guaranteed to see 5 new fat burners that all claim to be the latest and greatest.

One relatively new fat burner is a successor to Hydroxycut Hardcore, a Muscletech product that’s been around for years and has had a good amount of success, judging by reviews anyway. The Hydroxycut line of fat burners has been a frontrunner of the fat loss supplement industry for a long time, and Muscletech has come out with various reformulations through the years.

The previous formula was known as Hydroxycut Hardcore Elite, which a lot of people seem to like. So when I heard that a new HH product was on the market, I figured that it was definitely worth a review.

What’s in Hydroxycut Hardcore Next Gen?

Not surprisingly, HH Next Gen is packed to the brim with stimulants, including 290mg of caffeine per dose. Full ingredients list:

– BLUE SKULLCAP EXTRACT – claimed to be a mental stimulant

– YOHIMBE EXTRACT – supposed to burn fat and increase testosterone. However, doesn’t seem to work the same for everyone

One thing I like about Next Gen is that they list every ingredient’s amount on the label. I won’t waste your time listing each amount here, but you can read the supplement facts on Muscletech’s website. Or check out the screenshot below.

Right away, you can see that Next Gen has a lot of stimulants, even by fat burner standards. Caffeine is a tried and true fat burning aid, and Next Gen definitely didn’t skimp on it here.

With the inclusion of the other stimulants and metabolism-aiding ingredients, it looks like Next Gen is loaded for bear. So let’s not waste any more time and dive into my review.

My 30 Day Experience on Hydroxycut Hardcore Next Gen

When I set out to take Next Gen, I made it part of a short 2 month cutting workout program I was doing to get lean for the warmer weather.

For my review, I took Next Gen for my usual 30 days, but I didn’t start it until I was 30 days already into my cutting program. I figured I would see what results I got from just dieting and more cardio at first, and then see if and how much things improved once I started with the Hydroxycut.

Throughout the cut, I was keeping my calories under 2000 per day (about 1900). I cut out all processed foods and simple carbs, eating only brown rice, steel cut oats, and quinoa for my grains. 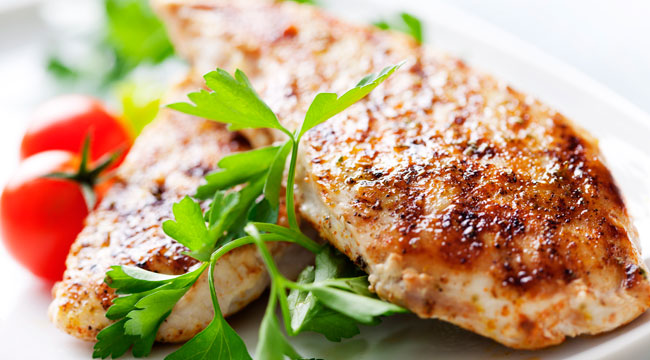 I kept my diet the same throughout the 60 days to keep it consistent for my review of Next Gen.

For workouts, I ran every day, taking 1 day off per week.

I started at 3 miles per day, eventually increasing to 5 miles by week 3. From there I just increased my pace, rather than adding more distance. But I kept it pretty consistent throughout.

Again I wanted to make sure things were consistent so that I could easily see if the Hydroxycut was working.

When I first took Next Gen, I could definitely feel a huge energy boost. That was to be expected with 290 mgs of caffeine per serving, but it seemed even more powerful than just caffeine.

I’m used to drinking coffee, and sometimes I’ll go crazy and get enough coffee to about equal 290 mgs, give or take. But the stimulant effect that I got from the Next Gen seemed beyond what I usually get from the same amount of caffeine from coffee.

I figure the other stimulants in Next Gen must have been working their effects.

I also definitely felt a warming effect after I would take Next Gen. It’s supposed to increase thermogenesis, aka boost your body temperature so that you burn more fat. So I liked how I could probably feel this working.

As with any stimulant, I felt my body start to build up a tolerance to Next Gen at around the 3rd week. But it would still give me a solid boost before I ran. So all things considered, not too bad.

One main thing I noticed is that in the first 10 days or so, I would get an extreme boost of energy that would take a really long time to go away. Since I was taking it in the morning before my workout and going to work, it didn’t really bother me too much.

But at work, I felt actually pretty jittery and anxious at times. I would force myself to focus on working, and I was able to put all the extra stimulant effect to good use. But there’s no denying it was hard to stay focused due to the jitters.

By the end of my 30 day review, I had lost a solid 6 pounds. Add in the 5 I had lost previous, and it was a pretty respectable 11 pounds lost over the entire 2 months.

However, the 6 pounds I lost on Next Gen was almost entirely fat, as I had cleared out the standard few pounds of water weight that always comes off when you start to clean up your diet and run more.

6 pounds over 30 days might not sound too amazing, but this was fantastic, since it was all quality weight lost. Trust me, 5 pounds of fat is huge. So I was very happy with this result.

At the end of the day, I was definitely satisfied with Hydroxycut Hardcore Next Gen.

I personally was very happy with Next Gen. However I would maybe hesitate to recommend it to anyone who is at all sensitive to stimulants and their side effects.

I experienced a lot of jitteriness from 2 pills a day, and like I said I was able to focus that anxiety into my job and put it to use.

But other people might find it much harder to sit still and focus if they’re more sensitive, so I’d advise anyone to take that into account.

Also, I’d definitely not recommend taking this anywhere near bedtime, since I found that the stimulant effect lasted almost the entire day for me when I took it in the morning. I don’t think there would have been any way that I would’ve been able to fall asleep had I taken it any time after lunch.

Otherwise, I would gladly recommend Next Gen to anyone looking for a quality fat burner that will also give them a boost in preworkout energy. If you’re at all concerned with the stimulant effects, a good idea would be to start with just one pill and then only go up to 2 if you need to.